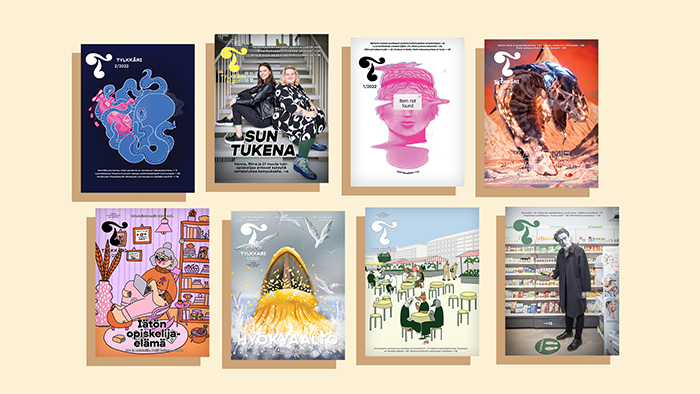 Turun ylioppilaslehti – Turku Student Magazine is an independent student magazine published by TYY, which comes out six times per year.

It has been published since 1931, and its circulation totals approximately 10,000. The newspaper is written mostly in Finnish.

The aim of the magazine is to serve as a publication connecting the entire Student Union and working in close cooperation with the student movement. The magazine observes the world primarily from the point of view of a university student. The magazine is published with TYY funds and advertisement income. The Executive Committee of Turku Student Magazine controls the finances, distribution and pressing of the paper.

The editorial staff of the newspaper consists of the Editor-in-Chief Anni Savolainen and two editorial interns. A large group of assistants participate in making the magazine, consisting of writers, photographers and illustrators. Those interested in contributing should offer their stories by mail tyl-paatoimittaja@utu.fi. You can also send hints and feedback to the same address.

Turun ylioppilaslehti is distributed in the distribution points at the campus area and the city center. The members of TYY can also subscribe to it with the postal cost 7,95 €. Those living in the Student Village, Student Houses in Halinen, Räntämäki and Tavasti receive the magazine free-of-charge in their home.

The magazine is online throughout the year. You can find the latest news and an online version at www.tylkkari.ﬁ.